Tossed but not Sunk – Pattern by Jenny Bear

> Blog > Tossed but not Sunk – Pattern by Jenny Bear

Tossed but not Sunk – Pattern by Jenny Bear

I hate writing about myself but I love to sew.  I remember badgering my busy mum to teach me when I was five or six years old. She showed me how to make simple running stitches and told me not to pull the needle through until she came back.  Well, of course I did.  By the time she returned to show me what to do next, I was up and away.  I don’t think I’ve stopped sewing since.  My first quilt, however, wasn’t started until I was in my early thirties.  In the late 1970s and early 1980s, quilt-making was not a big thing here in Australia; there were no local quilt shops, fabrics manufactured specifically for quilt-makers were not available and no formal classes were to be found.  So, I made a quilt using the EPP method as seen in a magazine and I used HST blocks rather than hexagons because I thought hexies looked too much like chicken wire.  Oh my, how my tastes have changed!  That quilt is still alive and well today and is owned by my 8 year old niece in Yass.

Once I did my first class in 1992 with Di Ford Hall and once reproduction fabrics started arriving here, my whole quilty world became a place of adventure.  I’ve made many quilts since then, including Warracknabeal Aunts (from vintage fabric), Di’s Diamonds and Sweet Wilma that have each been published in QM magazines.  Tossed but not Sunk is my second “rescued” quilt.

Tossed but not Sunk

This is a total remake of a circa 1900-1910 lone star quilt top that contained worn-through pieces of fabric and did not sit flat.  It contained 16 diamonds per star arm.

Tossed but not Sunk as found: 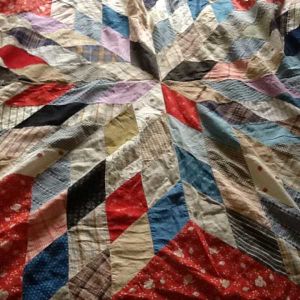 After careful unpicking, 8 of the original diamonds were removed because of wear.  The remaining 120 were resized and an additional 80 were added to give the “new” lone star 25 diamonds per arm and, instead of random placement, the pieces were rearranged to produce a sunburst of colour and fabric types.  Additional fabrics are from around the same period but the backing is new. 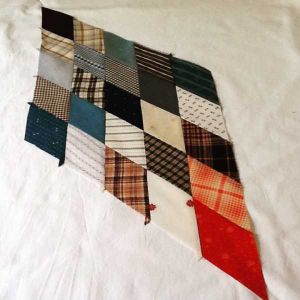 Checking if the Sunburst looks okay: 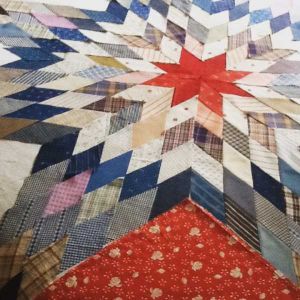 The simplicity of the quilting, while suiting the quilt perfectly, belies the skill of the quilter.  In particular, both of the outer red fabrics are very flimsy, fragile and quite unstable making the whole thing diabolical to quilt.

During the remaking of this quilt, on 13 November 2015, a series of terrorist attacks took place in Paris and rocked the world.  This is a piece for Paris.  “Tossed but not sunk” is an approximate translation of the Paris motto Fluctuat nec mergitur.

This motto is pretty much a metaphor for my life too and is my Instagram moniker.

Enjoy this wonderful quilt, with patterns and explanations, in the Simply Vintage magazine n°25. 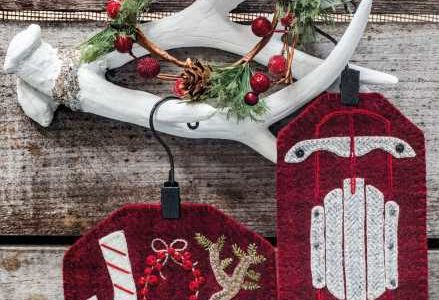 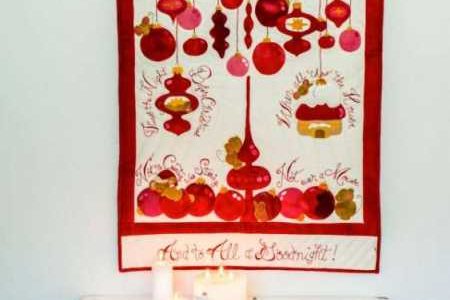 Anne & Cindy are a mother and daughter duo from Boise, Idaho. Learn more about their cute pattern "Twas... read more

"Surrounded by Flowers" is a quilt project released in the Quiltmania magazine #125 : Janine Alers from the Netherlands created... read more 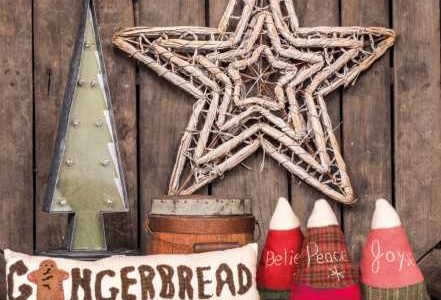 I learned to quilt from my mother, grandmother and her mother.  It goes back generations to have a passion... read more 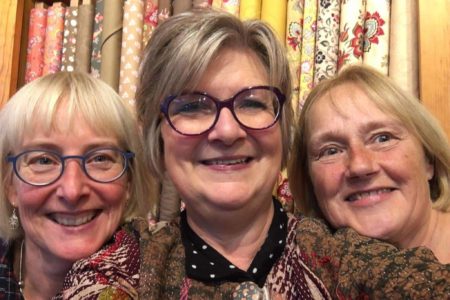 The Amsterdam Quilters Team by Elsbeth

Quiltmania started a blog and asked us to join in from time to time. We are very pleased to... read more 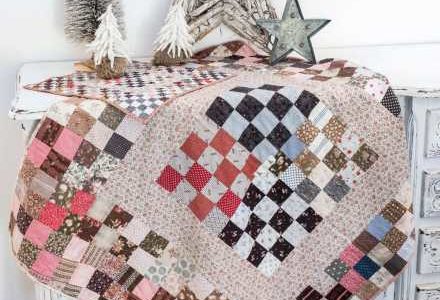 Originally from Illinois, Ann Hermes moved to Ambler, Pennsylvania where her obsession with antique quilts and textiles began. She... read more 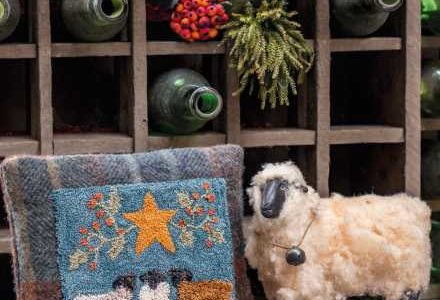 “3 Shades of Sheep” by Nancee Ariagno for The Cooperage

After retiring from a long career in Interior Design where on occasion I would hand paint a needlepoint canvas... read more

This quilt is a true work of art, and yes, it is directed mainly at appliqué enthusiasts (more…) read more 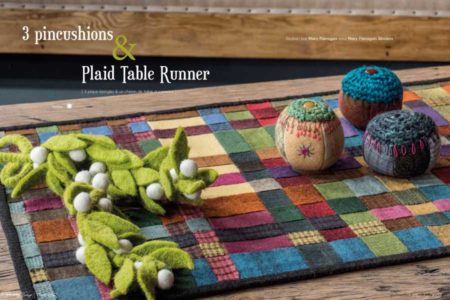 I am Mary Flanagan, I have been sewing all my life, having learned from my mother when I was... read more

Print or digital magazines, but always with you!

Join our community and receive all the latest information on our new products, special offers, group projects, events and much more!

Any question?
Consult our FAQ

Where to find us?

Find the list of stores where your favorites quilting magazines are sold !

If you live in North America or in Oceania you must visit our US website to place your order: